Burgundy is where I truly learned to taste wine. It is the best school. Essentially one variety for white, one for red and that’s it. The rest is all about place, about trying to understand how the attributes of a site are expressed in what is in the glass. Nowhere is that more true than at Domaine Leroy, where everything that Burgundy represents, its purest essence, is dialed up all the way.

It’s always fascinating to taste through the new vintage with Lalou Bize-Leroy, known to everyone as simply Lalou, because she holds a historic memory of places, vintages and people that stretches back many decades, to the 1950s at the very least. She was also the first grower to espouse the principles of biodynamics and other concepts that are now considered the norm. Even today, when so many domaines have gained international prestige and young growers continue to emerge on to the world stage, Lalou Bize-Leroy towers over Burgundy, her every move in the vineyard and every decision studied and discussed in great detail. Readers who want to learn more about Lalou’s remarkable life and career may want to revisit some of my previous articles, all of which are linked below. 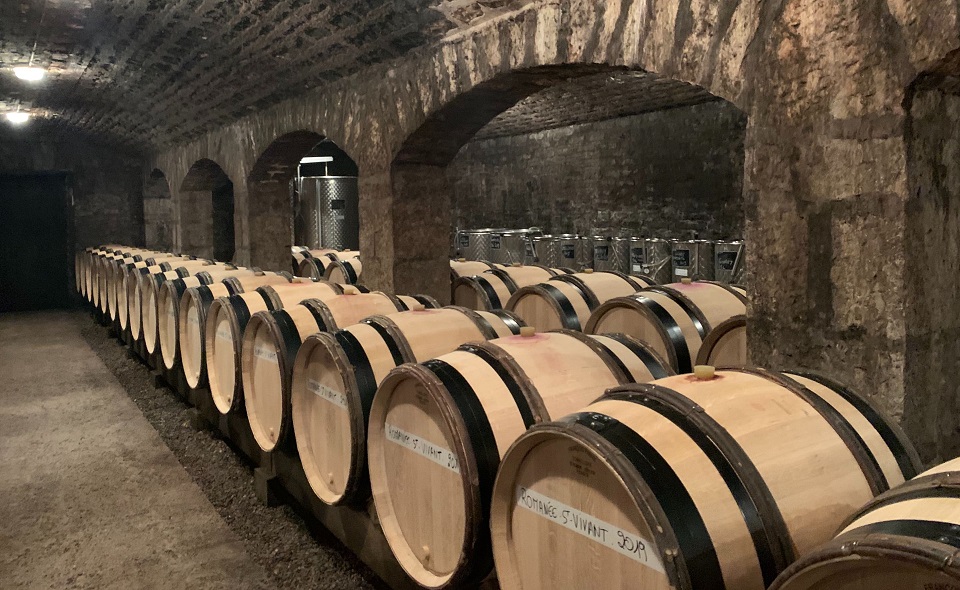 The Domaine Leroy cellar in Vosne-Romanée. The small tanks in the background hold the topping wine for each of the cuvées.

Domaine Leroy is very easy to miss. There is no way the casual observer could ever know what lies behind the gate. A small office/waiting area is adorned with various books and wine publications but is similarly non-descript. The routine is the same every year. Pick up the glasses in the kitchen and then take the tiny elevator down to the cellar. The bottles are carefully arranged on two barriques, one for the village and 1er Crus and a second reserved for the nine Grand Crus. It is one of the greatest sights any wine lover could ever hope to behold.

Lalou describes 2017 as a year with high acidities and long malolactic fermentations. She is often among the first producers to bottle. For example, all the 2018s were bottled by the end of November 2019. In 2017, the wines needed 17-18 months in oak, a relatively lengthy élevage by present-day standards at the domaine, before going into bottle. 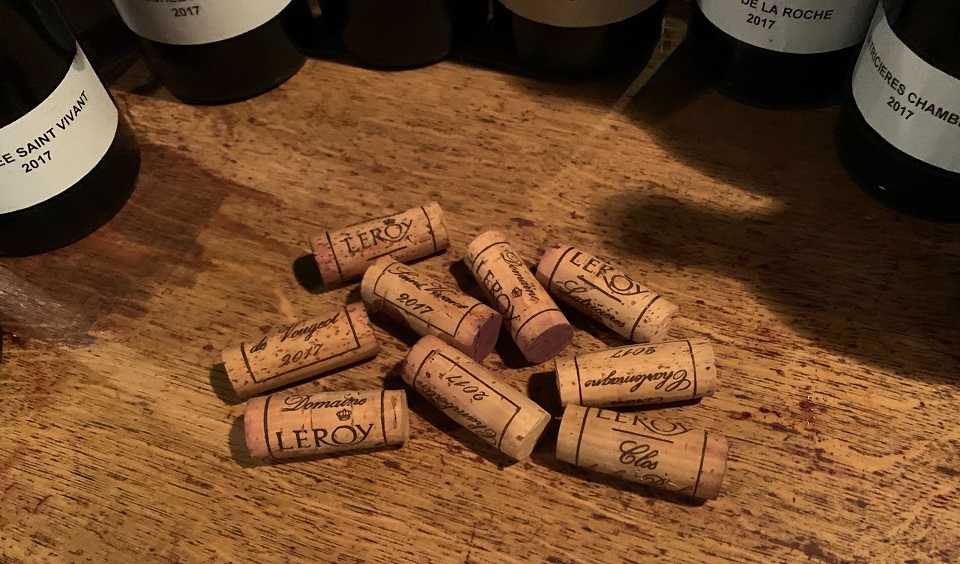 The 2017s are superb across the board. Leroy fans will note a slightly more restrained style, with perhaps a bit less opulence than is the norm, not a bad thing for wines that are typically on the far outside edge of opulence for Burgundy. Finesse is really the key. Some wines, like the Pommard Vignots and the Volnay Santenots du Milieu are especially elegant and less rustic than they can be. The Vignots, the very first wine in the tasting, is a Burgundy of such beauty it could very well be the highlight of a tasting in many other cellars.

Among the top 1er Crus, the Brûlées, Beaux Monts, Charmes and Combottes are all truly special. The Charmes is otherworldly. Moving into the Grand Crus, well, the wines represent the pinnacle of what is possible in the vineyard and in the cellar. The Romanée Saint-Vivant, Musigny, Latricières-Chambertin and Chambertin marry elegance and richness to a degree that is just unreal. 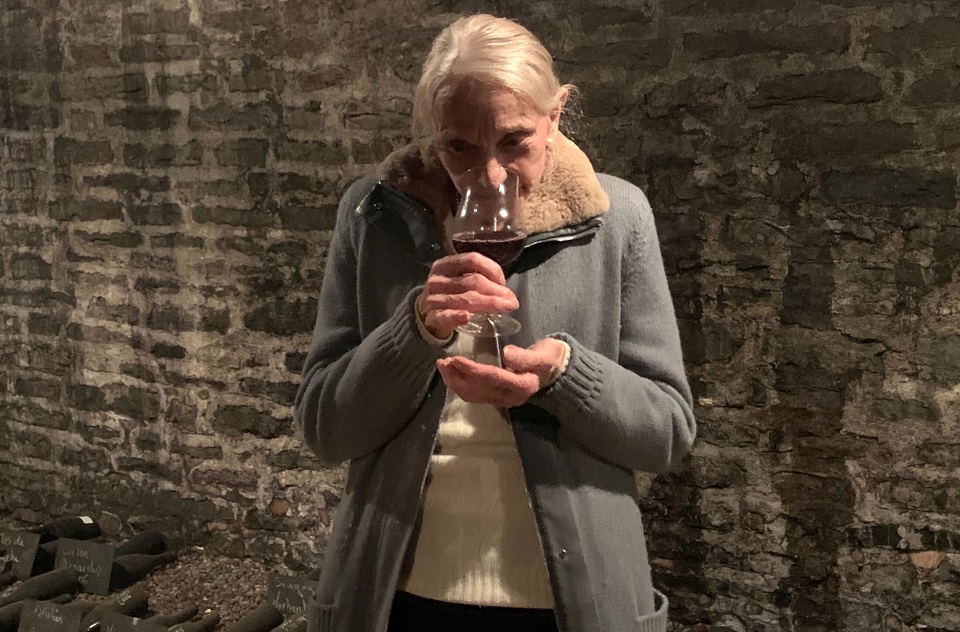 Which wine does Lalou Bize-Leroy choose to revisit for her portrait? Romanée Saint-Vivant, a Burgundy she often describes as "complex, like a woman."

Before leaving, we taste one 2019, a reminder of the continual life cycle of both vineyards and wine. “This is nearly finished with malo,” Lalou says as she explains her choice. “There is just one barrel, yields are tiny. Sugars are elevated, but that is more evident in the whites than in the reds.” Until next time…